IT IS JUST STUFF

SOME DAYS DON’T GO QUITE AS PLANNED

This seemed like any other Tuesday morning.  Shawn was on the phone with a client, which meant Katie was left to ready the children for school.  Just another normal Tuesday morning.

Katie decided to leave EV (the baby girl) at home with Shawn because she decided there was no need to get her dressed and loaded in the van.  Katie put SING in the dvd player knowing that would keep EV entertained while Shawn did his work.

After 20 minutes of notifications chiming, Shawn looked at his phone and realized why Katie had been calling.

There had been an incident with the Transit and a semi-truck.

They purchased the van in late January of 2017 after months of searching for the right deal.  And now their Transit had been reduced to a pile of twisted metal and shattered glass.

(Ok.  That’s a bit melodramatic, but it wasn’t pretty.

No one was injured, although Katie and OX (Number 4) were pretty shaken up, and it’s just a van.  It’s just a thing.  It’s just stuff.

It can be replaced.

And now we have a story to tell.

GET THE INFO YOU NEED TO START YOUR ADVENTURE

Sign up for exclusive giveaways, tips, tricks, what nots, and behind the scenes chaos that we don't share on this site.  Start planning your adventures by signing up here. 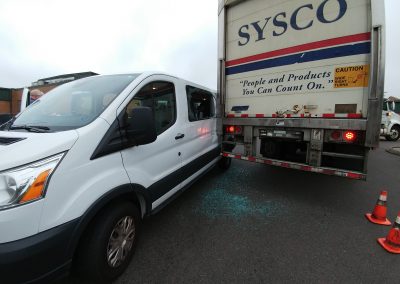 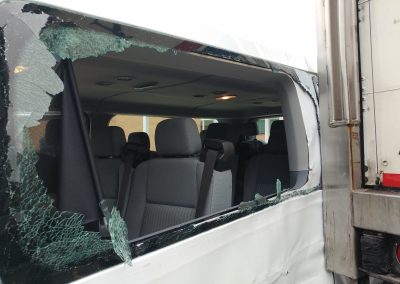 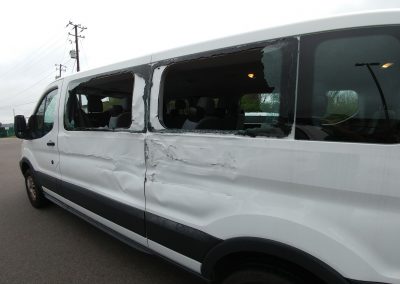 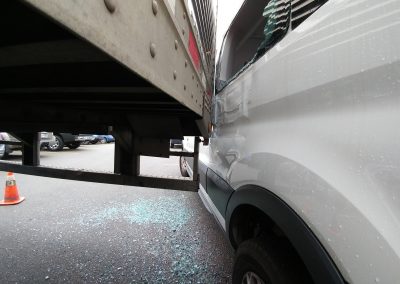